“Coral Love Story | Chapter #1” is a first in the series of works by Kasia Molga about our connection to beautiful, old and extremely endangered coral reefs. In order to start caring about them we need to fall in love with them – a very difficult task given the fact that corals are not only different species living in a very different habitat, but also they are very far away from big cities of developed world which the most contribute to pollutions and environmental change affecting those delicate animals.
“Chapter #1: Getting Acquainted” is a speculative fiction about whether we can use wearable to feel corals – in a way the wearable attempts to bring their presence closer and make it intimate. The wearable is capable of reacting in real time to coral bleaching alerts, informing the viewer by changing the pattern of the wearable from color to transparent and felt by a wearer thanks to vibrations from tiny motors embedded in the wearable.
The wearable is designed using a liquid latex – carefully chosen as a material which can safely decomposed in nature when discarded. The movie introduce the concept with the dancer interpreting the stage of meeting, then falling in love and then feeling sadness from corals death.

Coral Love Story was developed and produced by Electronudes, a collaboration between Kasia Molga, Ricardo O’Nascimento and me.

Development of the electronic components and programing of the microcontroller.
The piece is composed of several heat elements and vibration motors that are controlled by a microcontroller Feather M0 Adalogger – which play back a data file.
We have also designed and developed a bespoke breakout board for control of these heat elements and vibration motor. 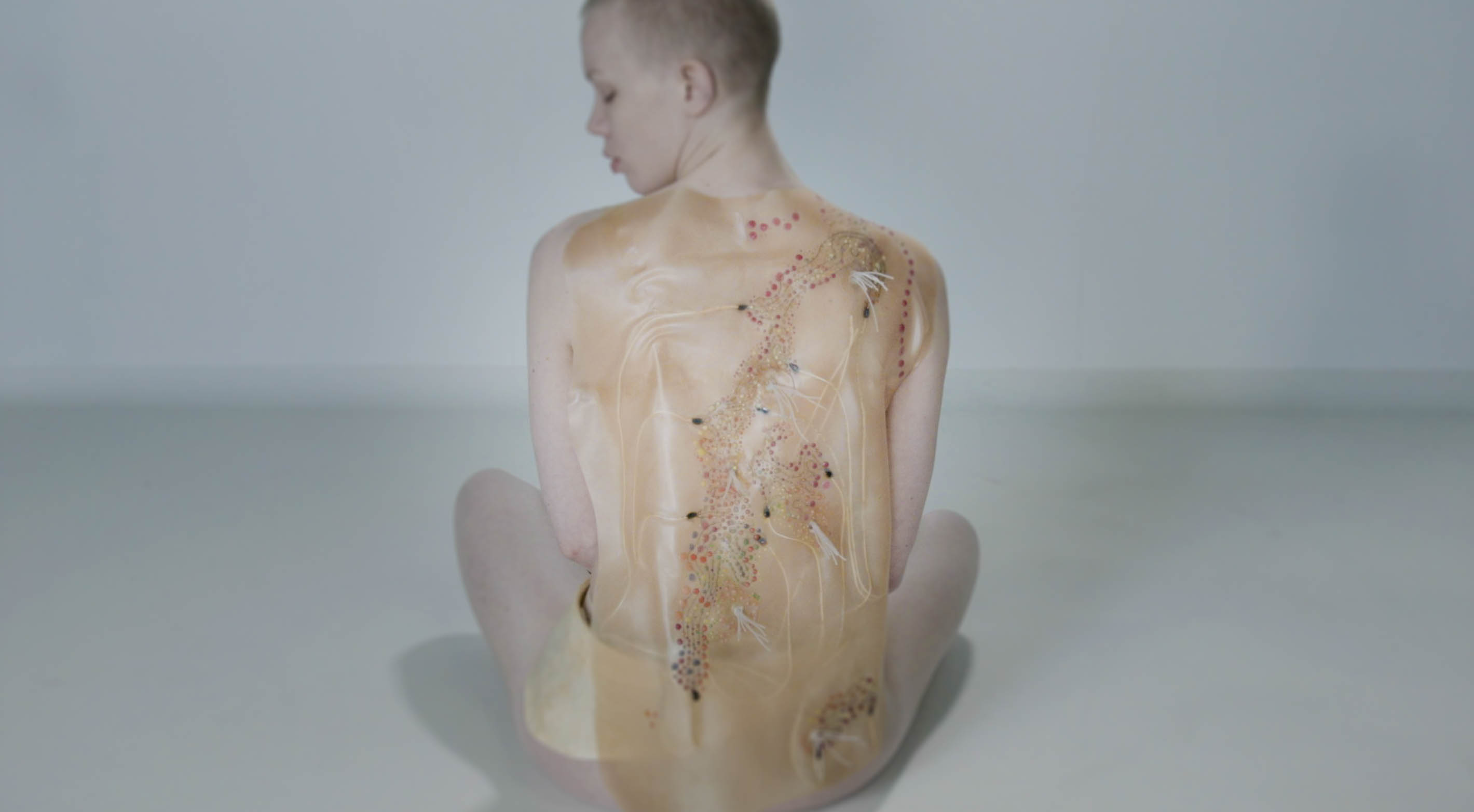 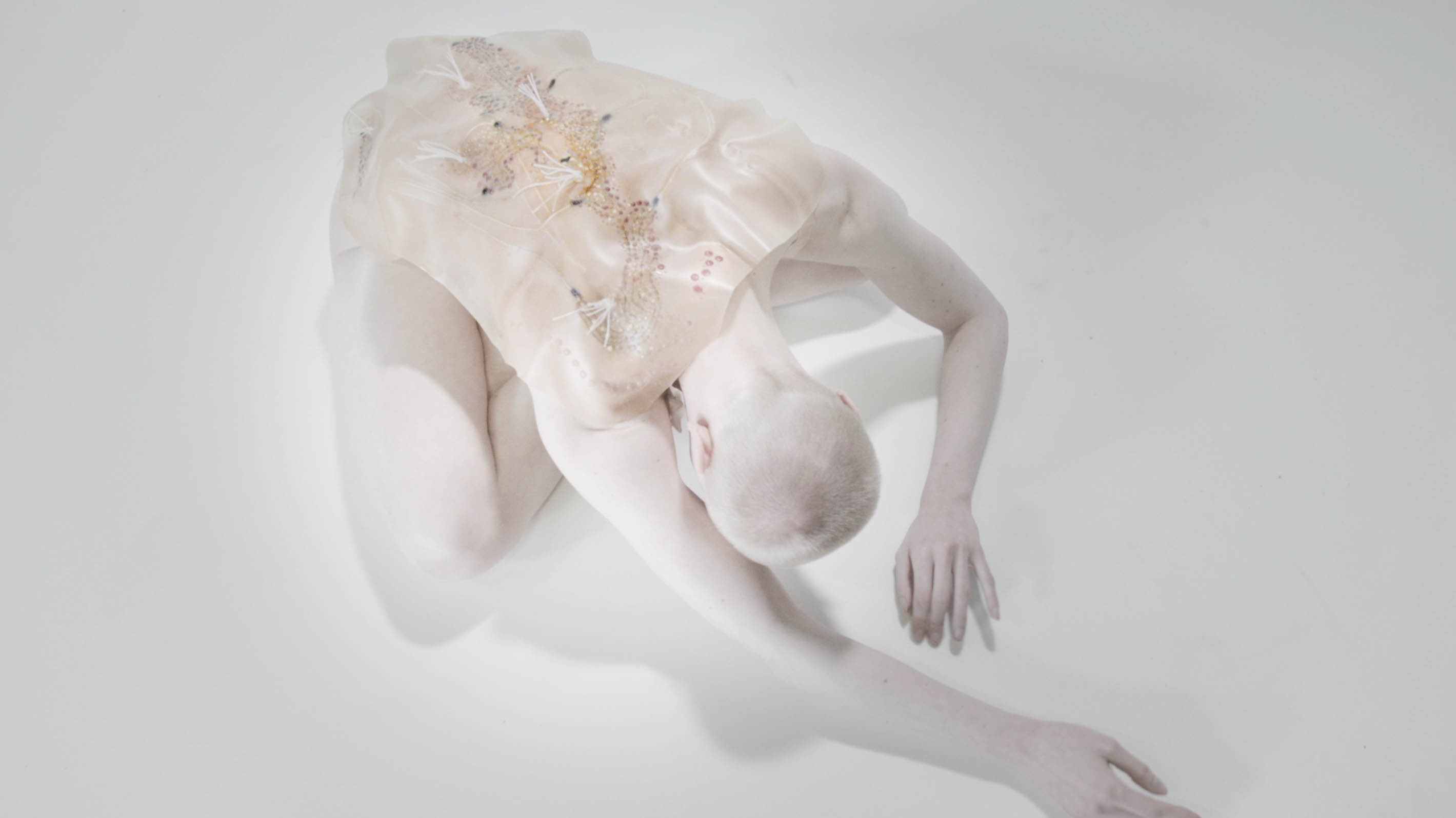 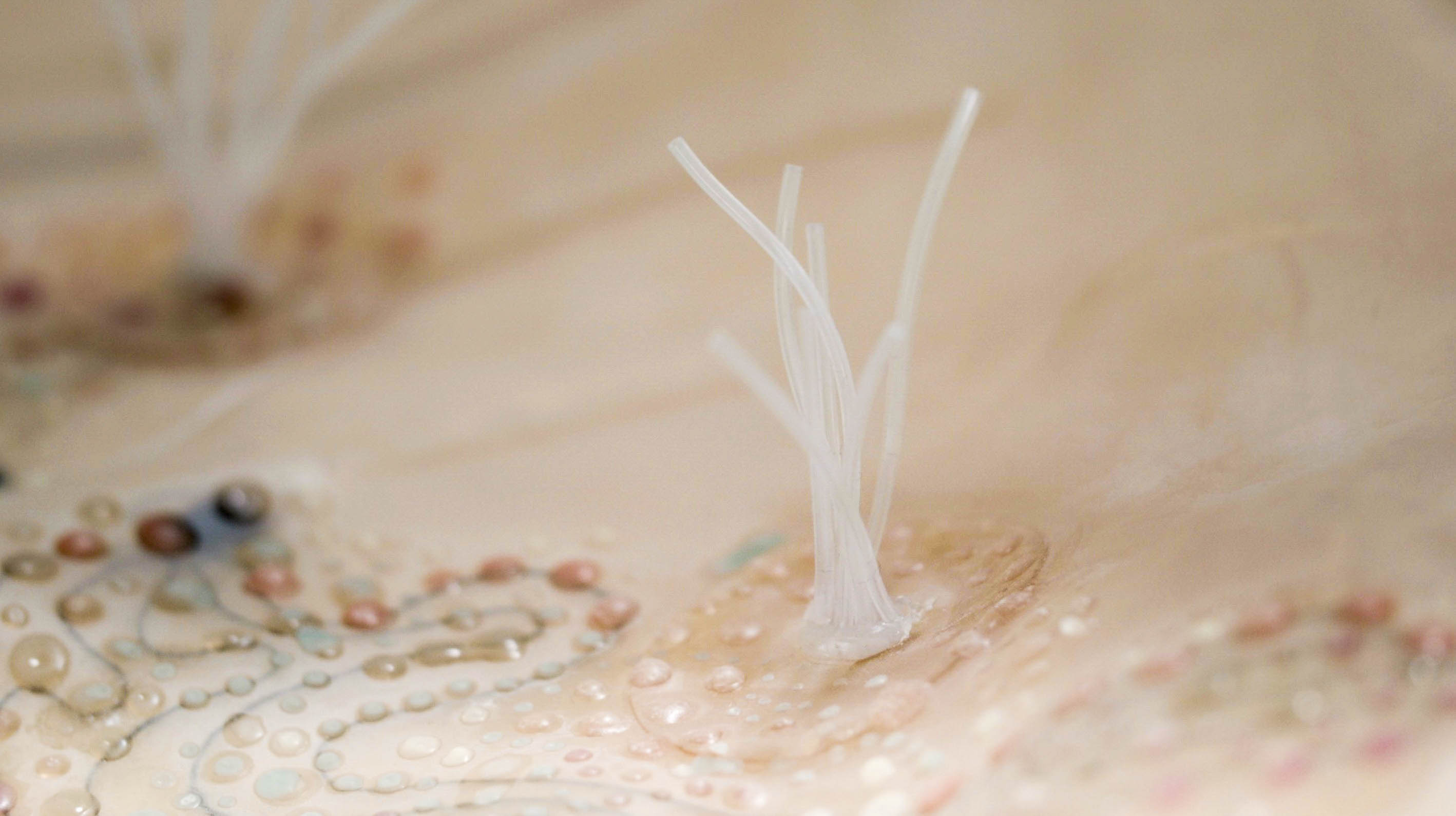 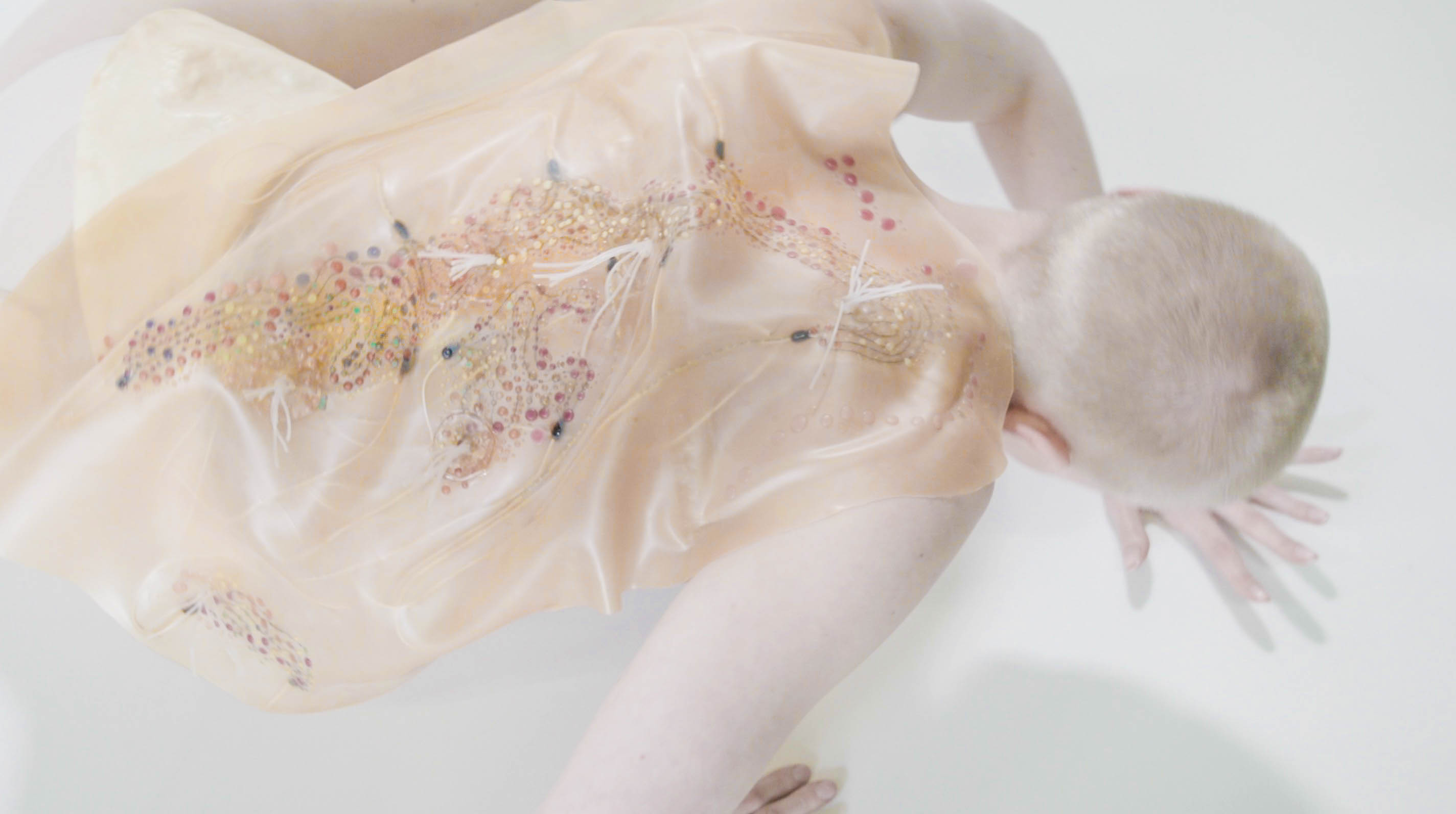