“ENTROPY” is a participatory interactive space and object-based installation, where what is normally perceived as “digital” and “virtual” entity is transferred to the “real” and “analogue” so that viewers can play with real time data visualisation at the same time influencing that data. “ENTROPY” corresponds to the concept of production, emission and consumption of heat (and thus energy) in “ordered” and “un-ordered” manner (corresponding to the definition of the entropy phenomena). Through that the installation questions issues of production and consumption of energy and its emission and transmission and the human relation to a concept of energy on global and very intimate level. It involves real time data visualisations aimed to provide in such a way so that viewers can have an intimate, tangible and tactile relation/interaction with something as abstract as data. As such it also explores data (as real time feeds) as an independent force making the artwork alive. It also plays with mixing “digital” and “virtual” making it tangible in “analogue” and “real” space.
Audience enters the embedded within the exhibition setting. The interaction is natural and unexpected, and the main agent between data visualisation and a viewer is a simple everyday object mostly associated with energy – a light bulb. By interacting with it – moving closer or touching it with a hand, the energy in a form of on-body projection mapping is transmitted onto a viewer – so that a data is “placed”on a viewer making her/him a carrier/transmitter of it. The “energy” then can be transmitted between one person and another as well as spilled in the environment. The real time data feeds is from a number of hacked data sources (for “global energy”) and from the arduino sensors placed within the exhibition space. Through the choice of technology live feeds come to “live” being picked up, spread/transmitted around by viewers, making them partially responsible for that data and thus their own experience. “ENTROPY” takes the act of interaction with that data and motion based mapping – which not only happens on moving objects, but can be transferred from one object to the other – so that new interpretations, meanings can be created and perception of the world can be transformed.

“Entropy” has been shown during FILE festival 2013 in Sao Paulo.

Collaboration in redeveloping, developing and redesigning of existing software for Entropy 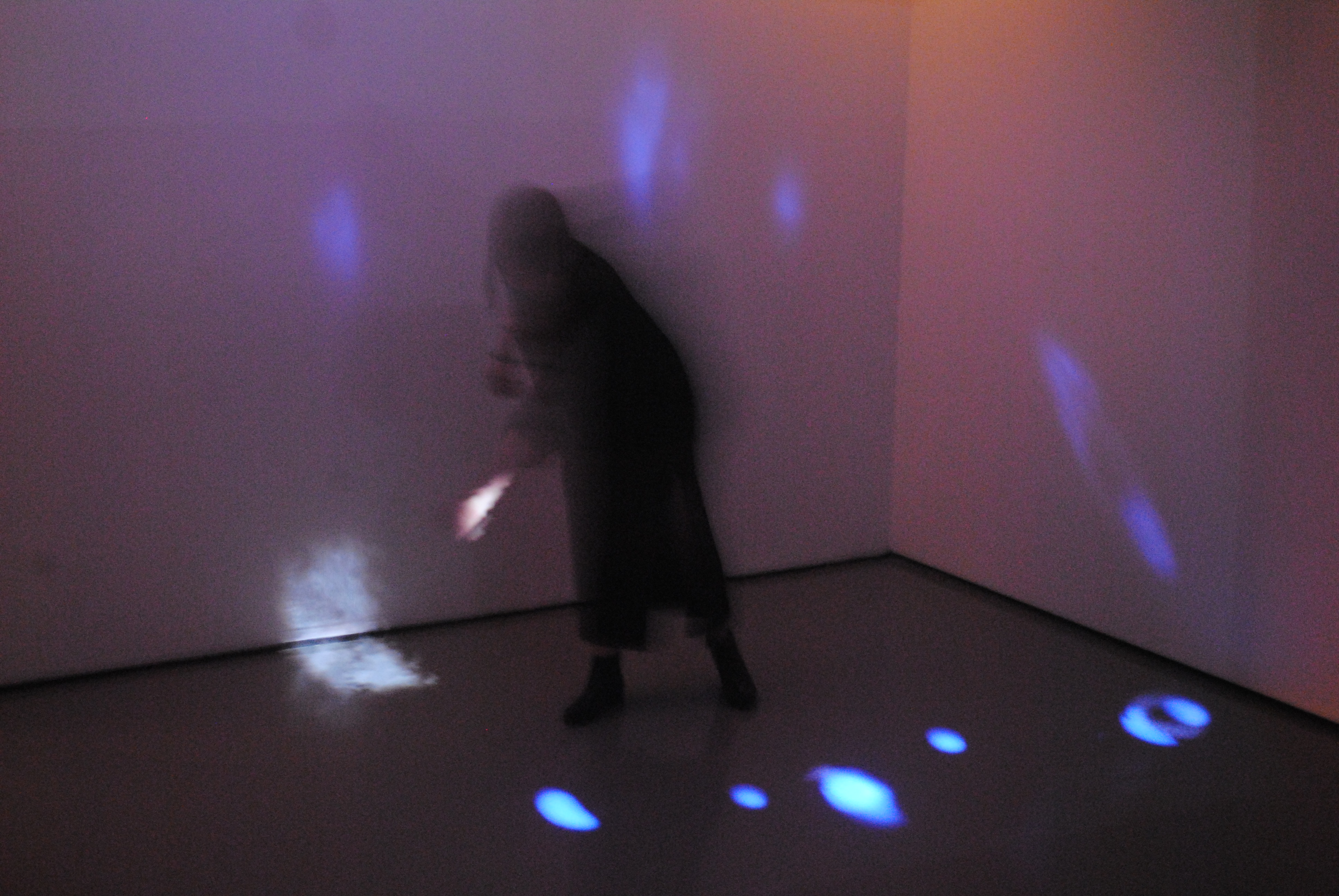 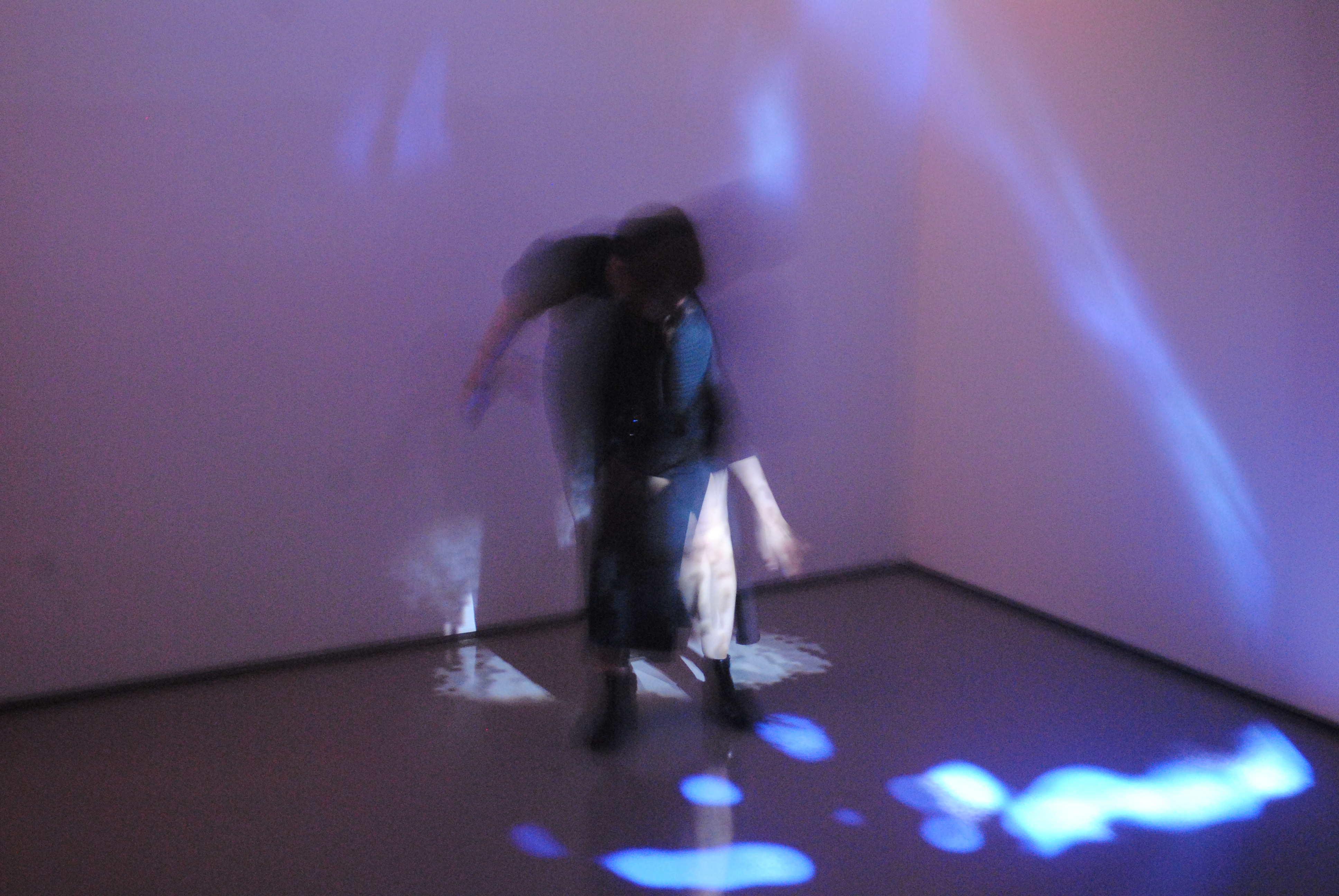 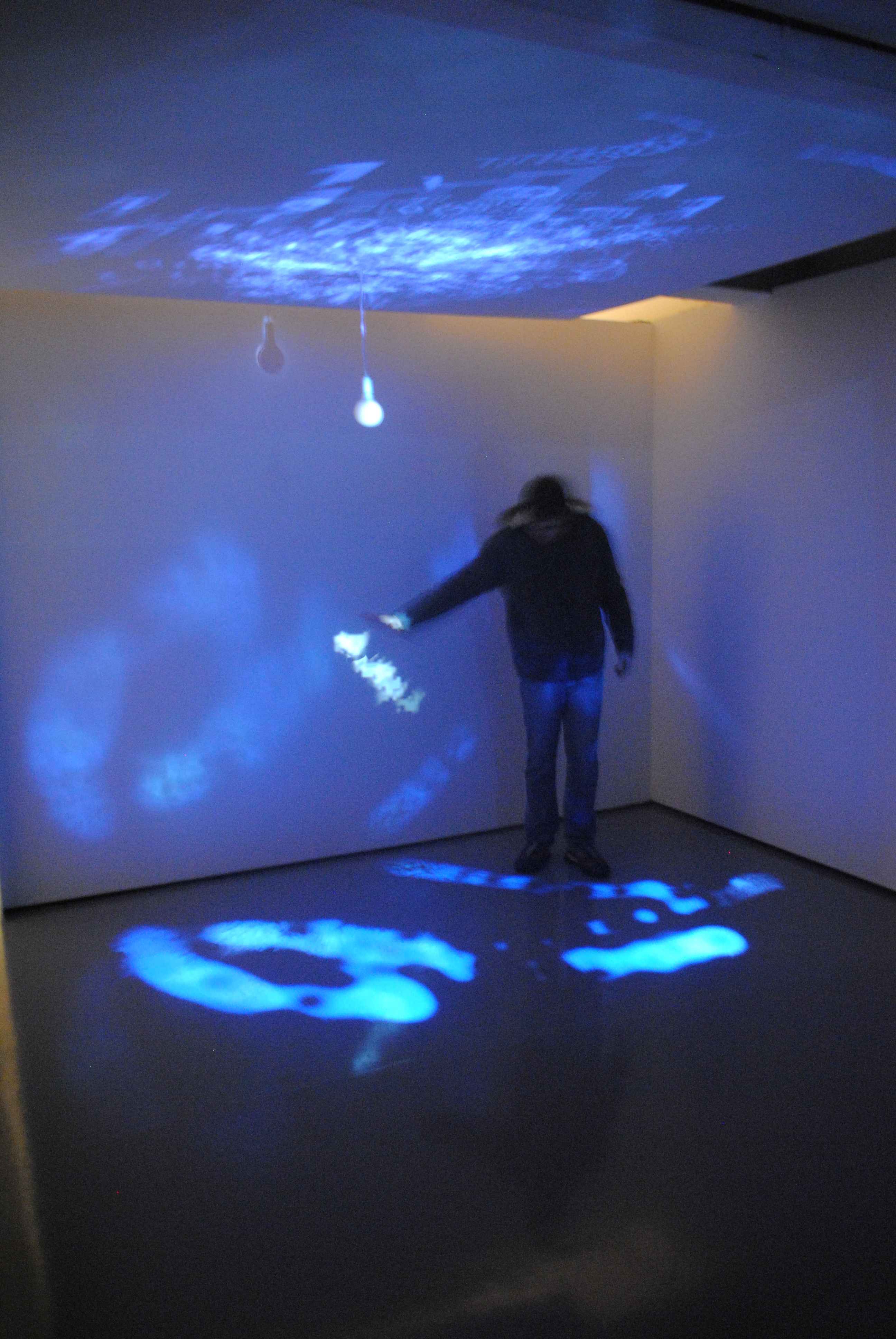 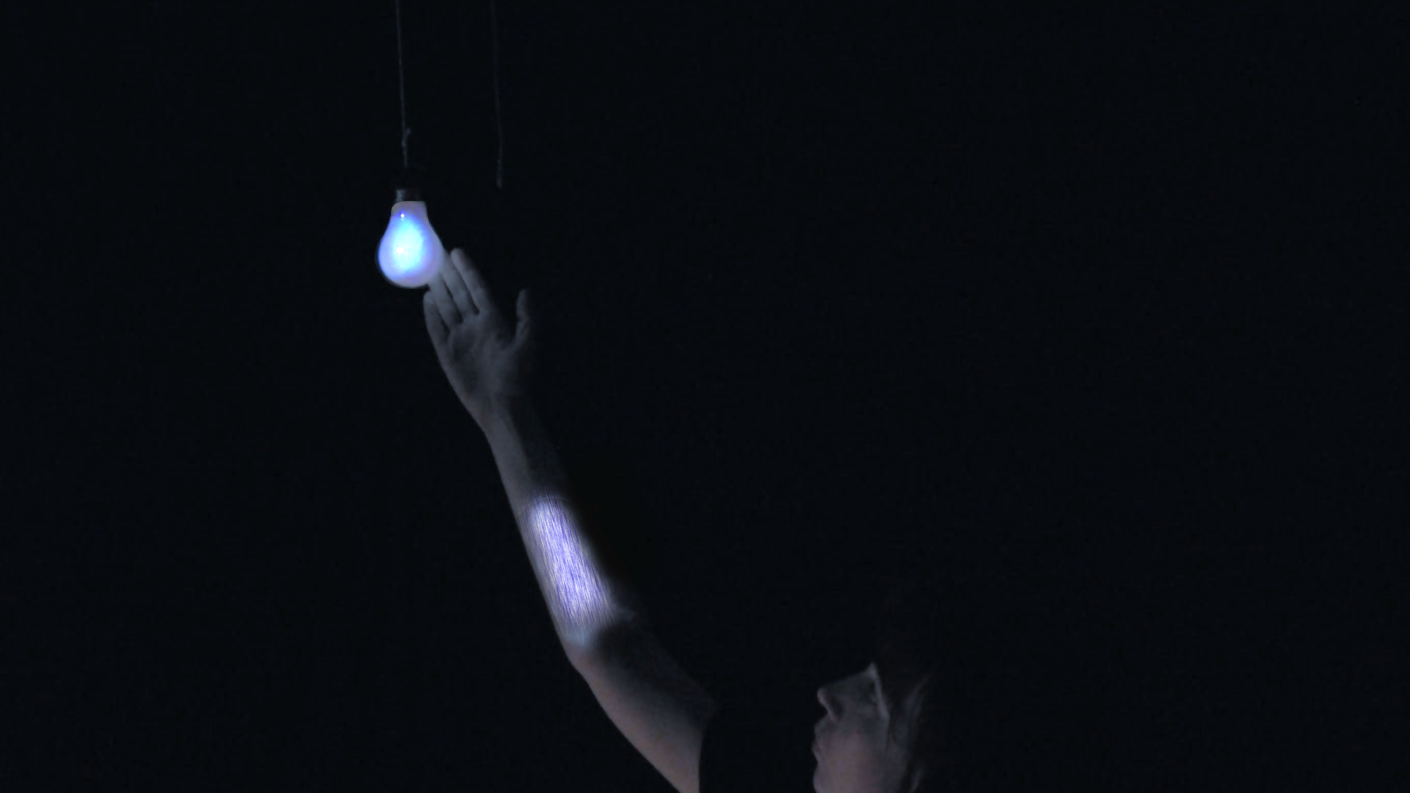 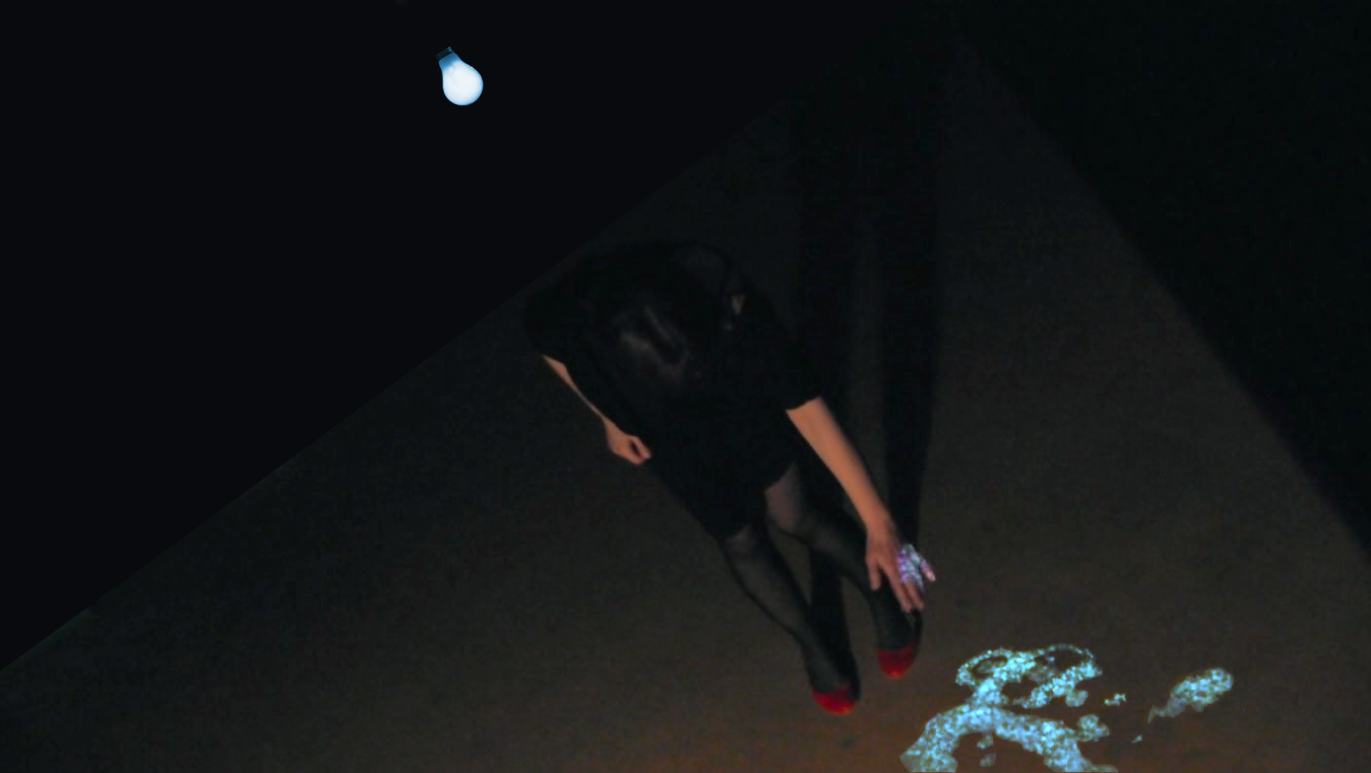