Popkalab paired with Phonotonic and Stephane Gontard to create a pair of multi-tech shoes that interact with the wearer to allow them to create sounds and music through their own movements. With this product, we hope to democratise the creation of music, enabling anyone to create sounds that are broadcasted through an inbuilt speaker, synchronised with foot movements. The wearer can also change the sound of the steps. This project was possible due to the support of the Worth Project.

Popkalab collaborated with Phonotonic – a creator of the software which turns motion into music.

Hardware Developer – modification of raspberry pi so it is flat and can fit in the shoes. That was achieved by removing the ethernet port and two double usb ports and replacing that with two single usb ports. Software Developer – making an android application which can change sounds, adjust volume and sensitivity to movement and also turn off “Sound Steps”. 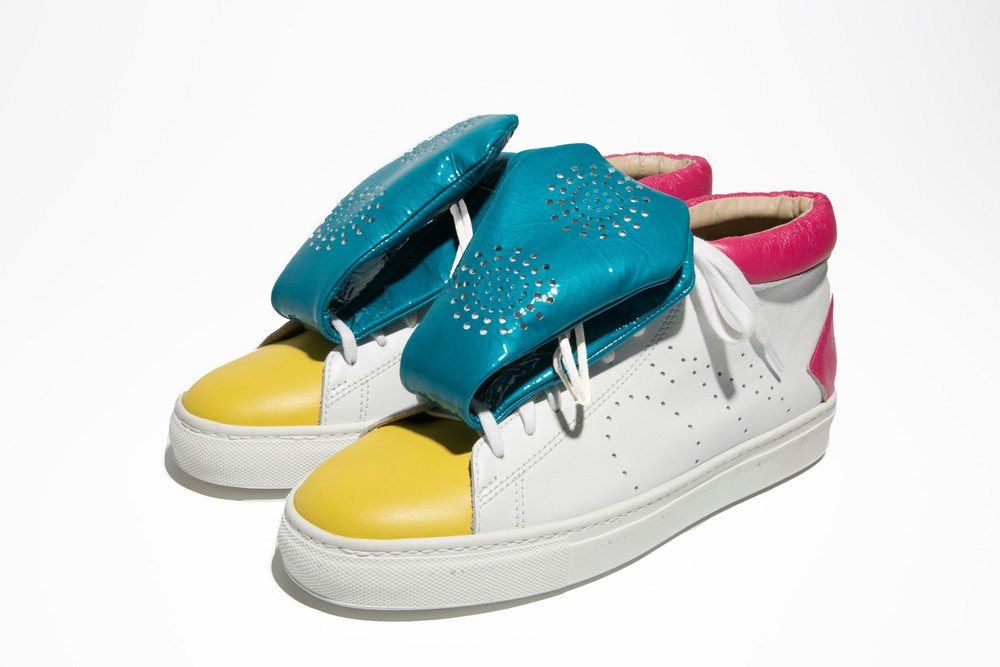