Wearable Facade is an apparel that captures the colours and shapes of its environment through micro­cameras, and translates them into computer ­generated patterns displayed on its LED surface. Walking through the city, the Wearable Facade can reflect surrounding architecture, or “replay” patterns recorded in different areas of Brussels or Europe.
The architecture is the source of the information that composes the pattern and it is at the same time vehicle of connection between itself and the garment, once the same pattern that is displayed on the garment is also displayed on the facade.

Wearable Facade uses a Raspberry Pi to take a picture of its surroundings at a set interval with a camera located on the back of the garment. Once it takes a picture it is analyzed for certain line patterns and shapes which it then turns into a matching pattern. This pattern is shown on the LED matrix at the front of the garment and, optionally, also send to a computer running processing which shows the same pattern on a projection or any other type of media facade.

To design and develop the hardware which will control the LED matrix with Raspberry Pi as its control unit, connected to the camera and the LEDs; and to write the software using python. 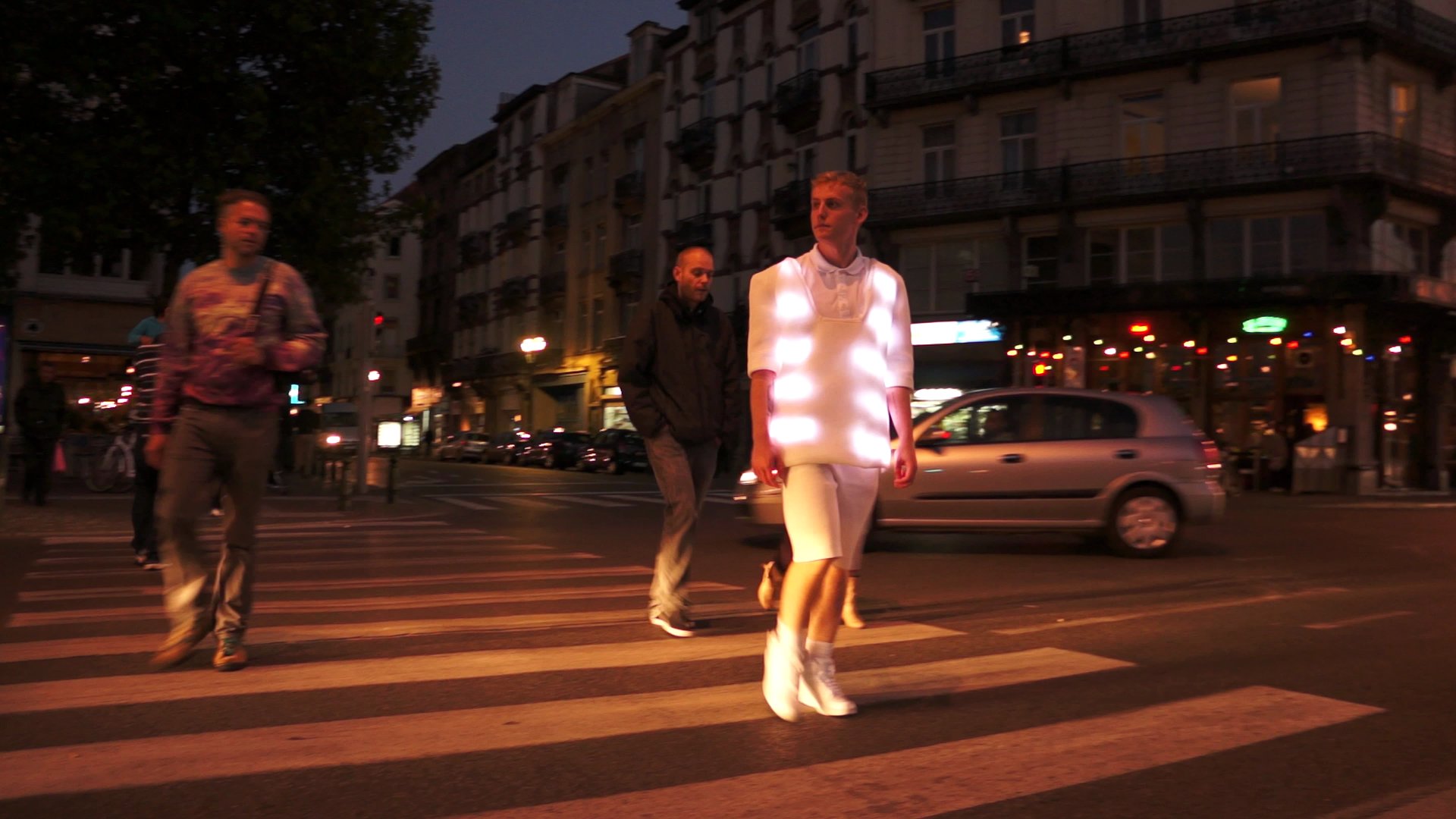 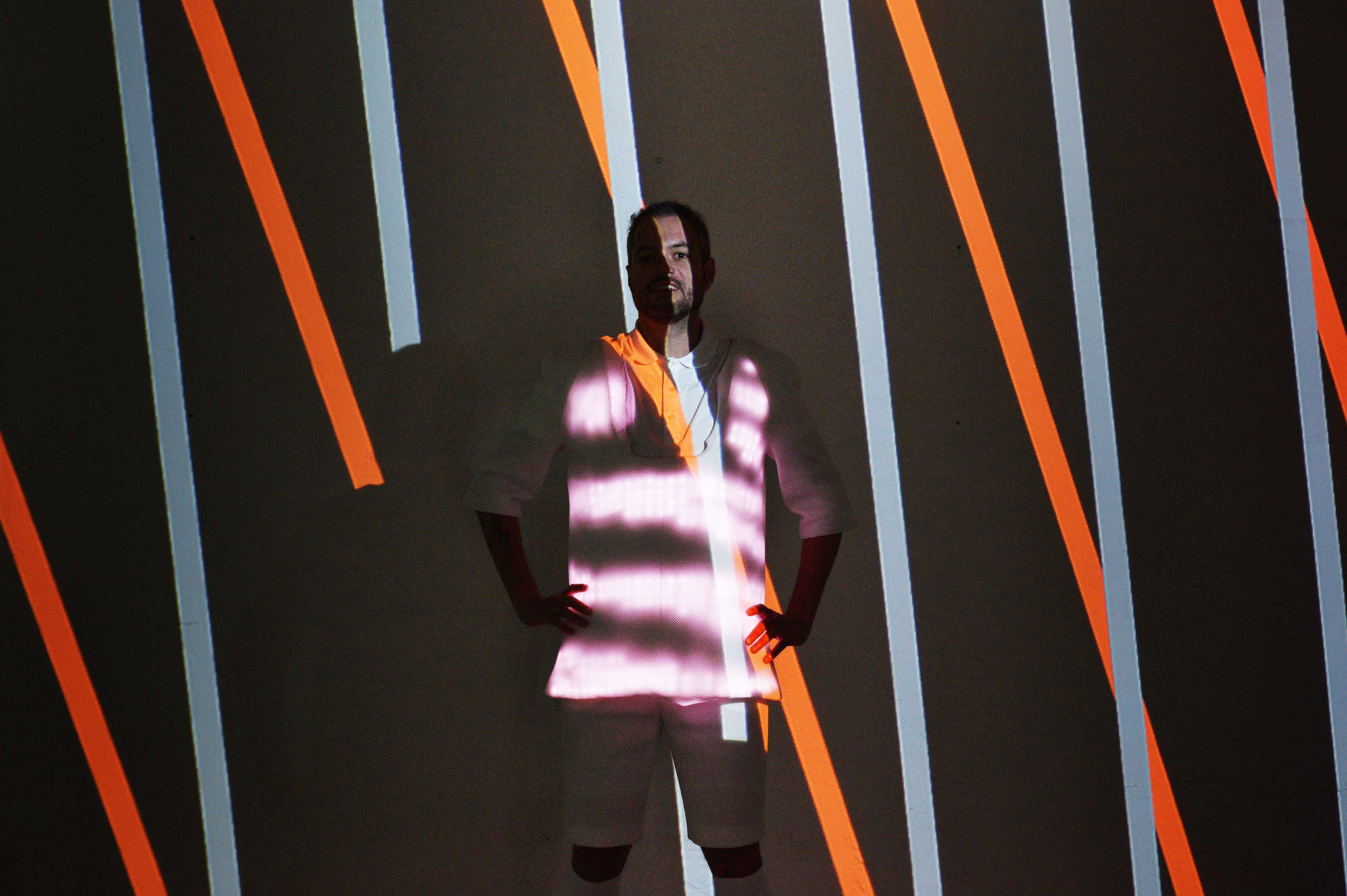 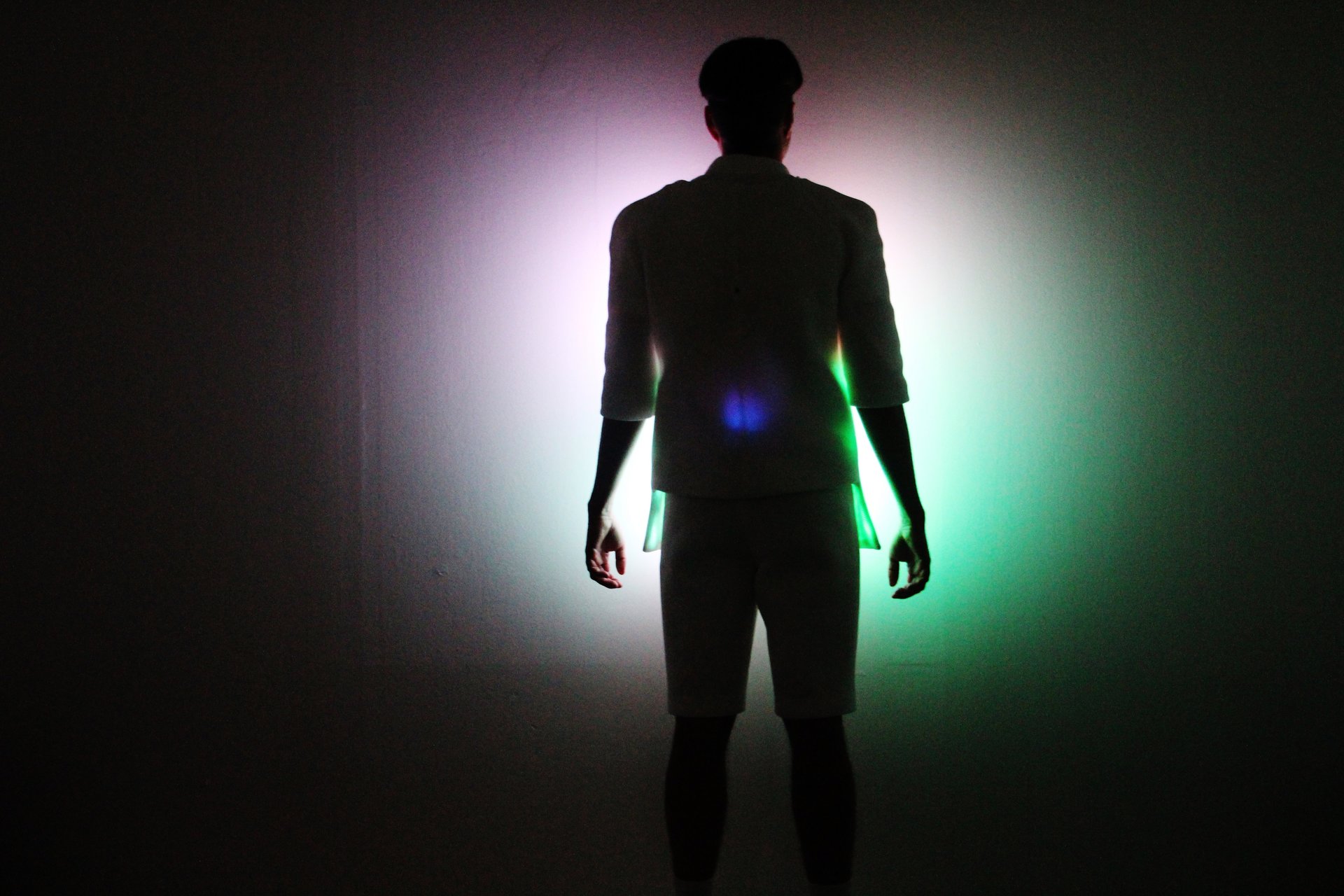 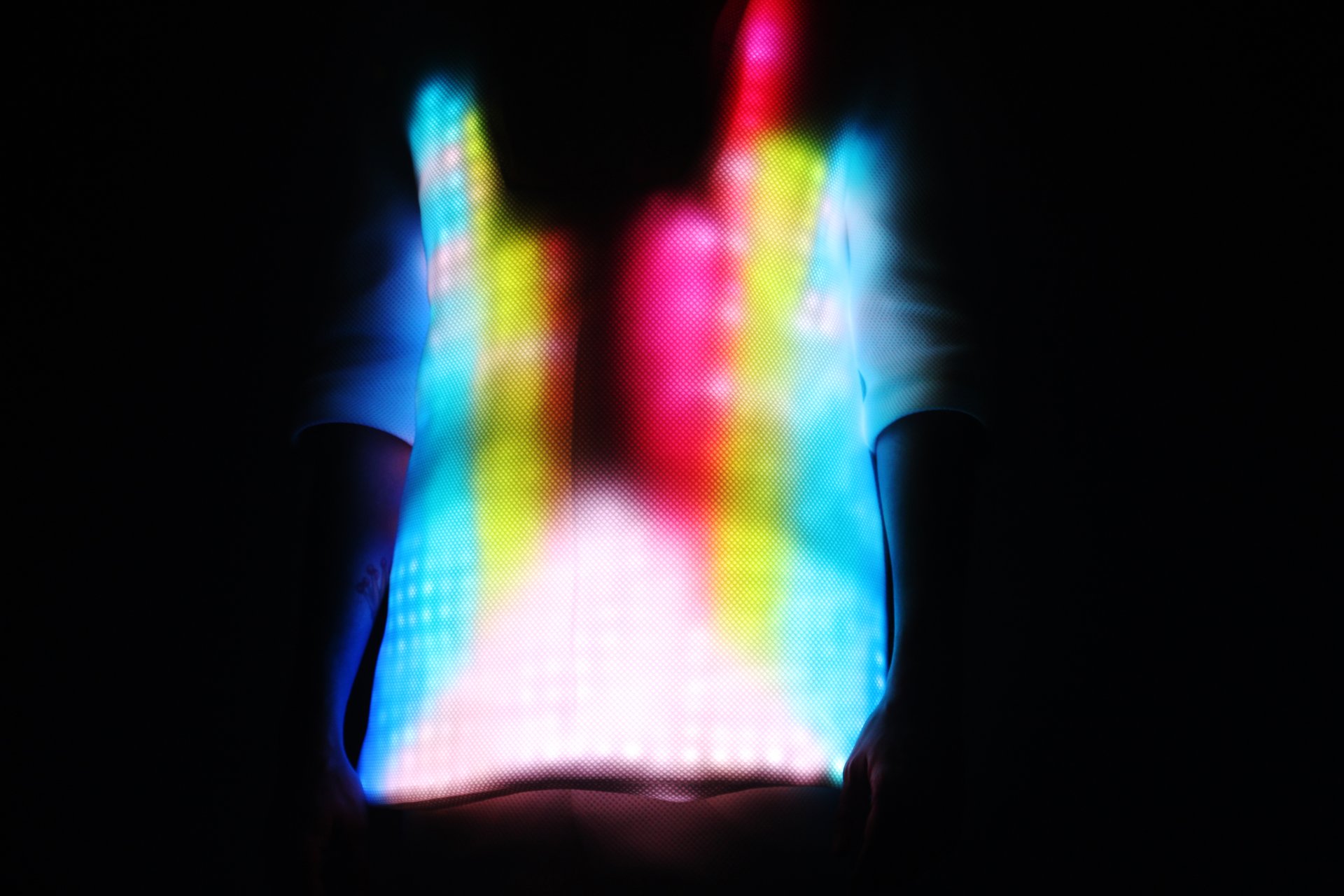 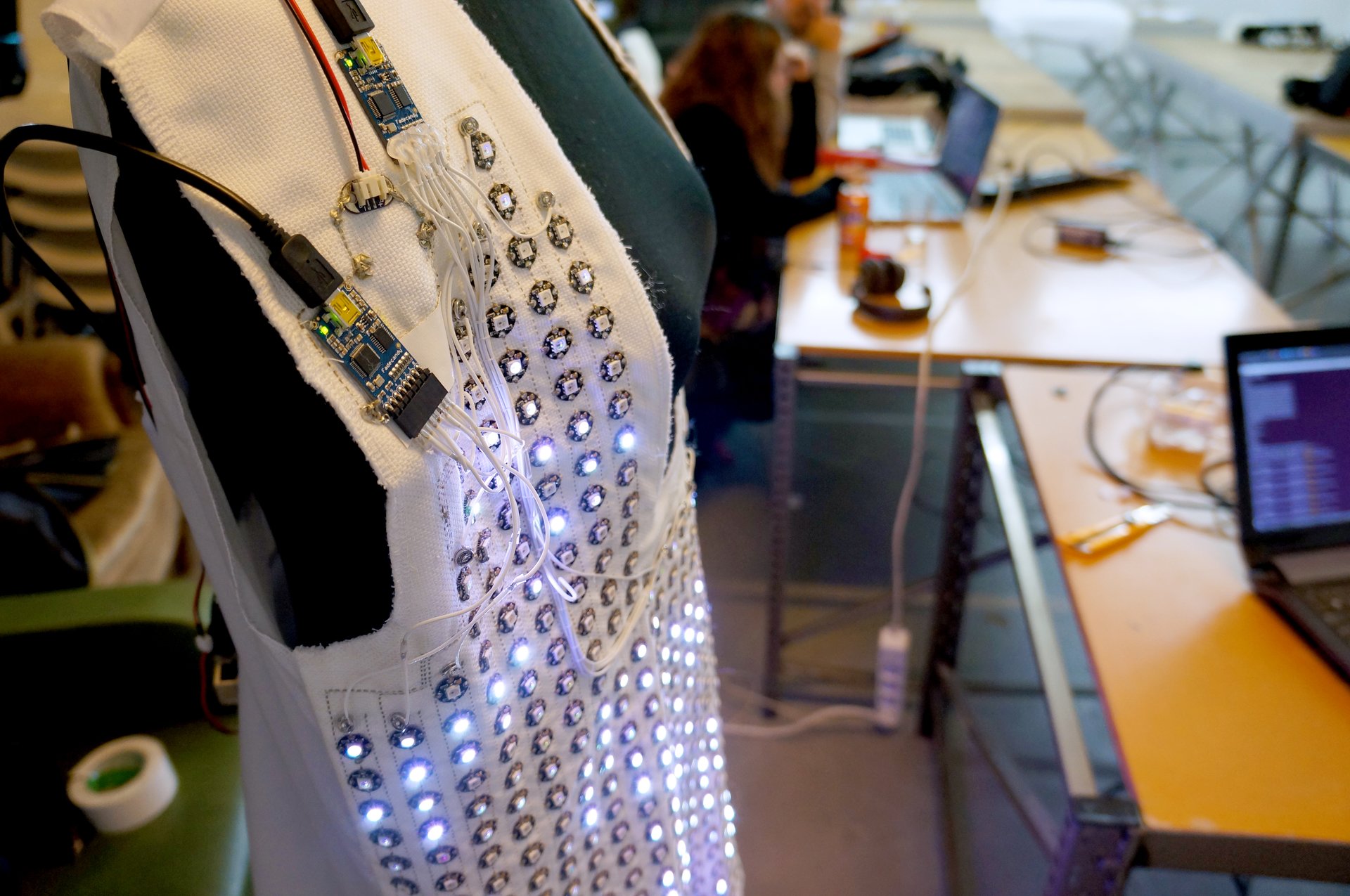 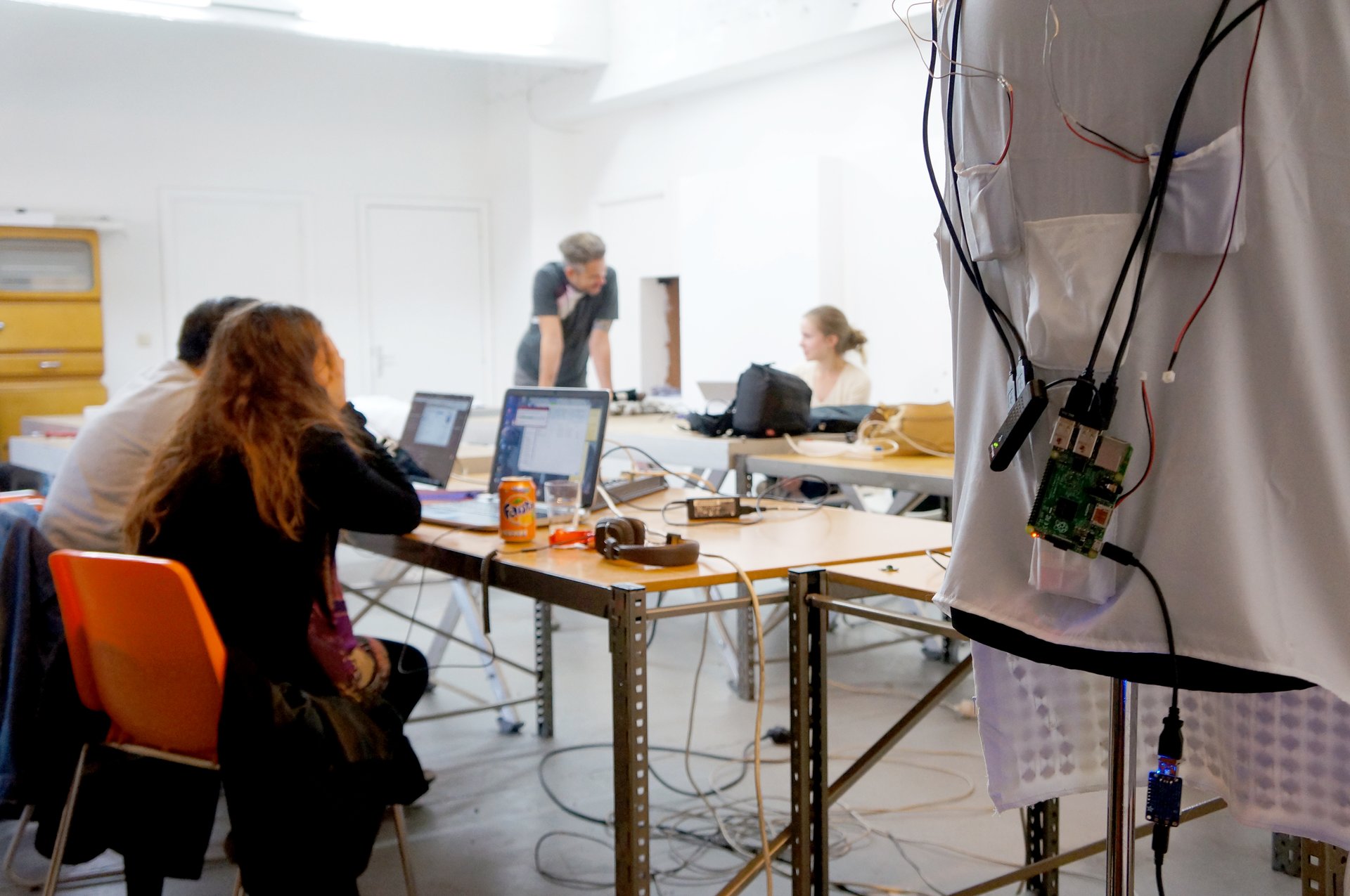