The sculptural high fashion dress is totally build up out of small fragments (bird skulls), like cells building an organism.The parts are manual 3D printed and after printing all connected together by hand with polyester wires and green leather. The technology part is integrated in a special way- 4 small drones, that have given the same black 3D printed appearance as the dress, fly up from places inside so it looks like parts of the dress are flying away.The drones fly on the beats and melodies of music producer Newk around the model creating a little swarm.

The concept was to enable Newk to send OSC messages and that way control the drones from his DAW, allowing him to choreograph the drones to his music. 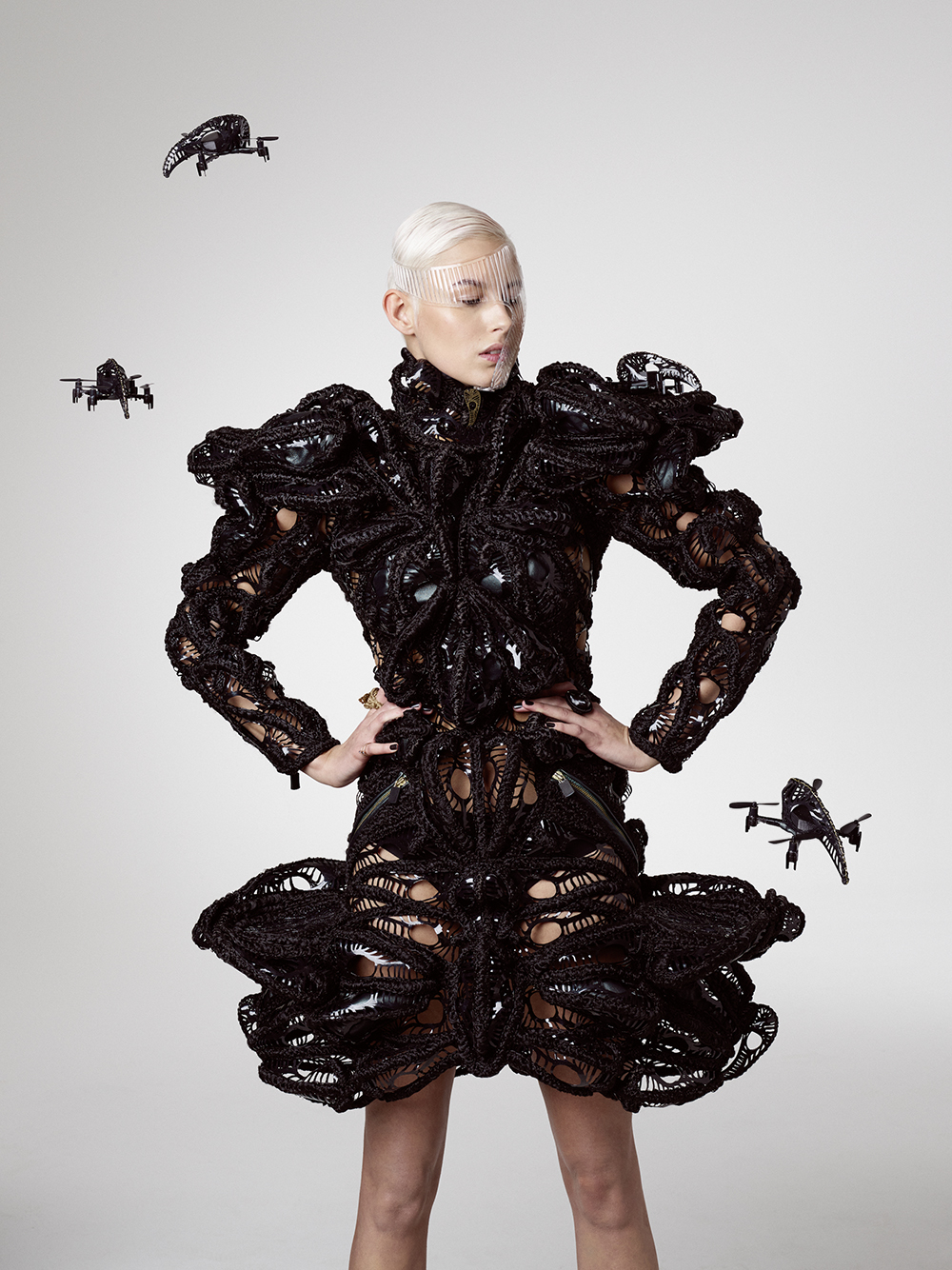